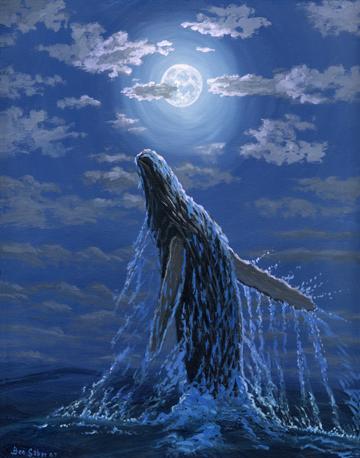 I was in a fancy house in Scandinavia. Someone I knew was putting on a wedding. I didn’t know the people just the person organizing it. It was this huge tall tower of a ‘staircase’ that was like a never-ending snow cliff / trail / slide / staircase. It was sumptuous white, super soft carpet – whiter than snow and super narrow with no railing on the steep side – just a pure edge and drop-off down hundreds of feet.

‘We’ (not sure who) – I think Dov, slid down and down forever and it was pretty scary because edge was so close and we finally got to where this wedding / dinner / meal was and sat down. They were fancy people and I don’t remember even seeing or knowing who / where the bride was. Tho I do remember that my friend (?), the person doing the wedding, her flight got cancelled but it was like ‘you have to get to this wedding’ because it was like a showcase for her – all this work and magazines were coming and it was a big deal. (no idea who ir what she looked like)

I sat down at table and across from me was this HUGE window out to the seas and I was so amazed that it was the ocean right there. It was dark outside and Scandinavian.

Then all of a sudden a HUGE whale jumped out of the water right in front of the window and made a HUGE splash, drenching the windows.

And the people were very proper-like and seemed that they didn’t see it / didn’t want to talk abut it.

And I felt so bewildered by their ambivalence and a little bit like was I crazy?

And then I felt like it was like a thestral, like only I could see it. And it went walking on 4 legs head down back into the sea.

But then! Again! Its HUGE head, right up close to the window and I could see all of the lines along the underside of chin and I was amazed and in awe, but didn’t shout out like I had before.

What is this dream about?

Scandinavia: This is clearly a dream about my ancestry.

Wedding: A union of two complementary energies: of feminine and masculine, of material and spiritual, of conscious and unconscious, underworld and topside world.

WWRWW: Descent to underworld in old matriarchal traditions “…the maiden wants to go meet her king, her bridegroom in the underworld… a longing to find the underworld Beloved…it was understood that a woman would naturally be led to the underworld, guided there and therein by the powers of the deep feminine. It was considered part of her instruction, and an achievement of the highest oder for her to gain this knowledge firsthand.”

“…in this underworld..awaits the gathering together of those powerful parts of the psyche, both male and female. They form a conjunctio. The word is from alchemy and means a higher transformative union of unlike substances. When these opposites are rubbed together they result in the activation of intra-psychic processes. They act like flint struck against rock in order to make fire. It is through the conjunction and pressure of dissimilar elements inhabiting the same psychic space that soulful energy, insight, and knowing are made.”

Descent via a white path: In WWRWW, been reading a story about the descent of a woman to the underworld, about the descent to the wild garden of subconscious. This seems to make sense as the water and the whale feel like representatives of the subconscious. A descent into another kind of knowing. Also could mean a going back in time. A going back to our original home – the sea, back to our ancient ancestry.

WWRWW: “White is the color of the deathland and also the color of the alchemical albedo, the resurrection of the soul from the underworld. The color is a harbinger of the cycle of descent and return.”

“So off we go, down into a different world, under a different sky, with unfamiliar ground beneath our boots. And yet we go vulnerably because there is no grasping, no holding on to, no clinging to, no knowing..” … there is no railing…

Fancy people: Plotkin says that each element represents some aspect of ourselves. The fancy people are the mundane, the regular, the conscious / topside world that seems unaware, ignorant or even willfully dismissive of anything awe-inspiring, magical and relating to the non-human world. There is always some part of myself that absorbs that consciousness that rules our culture that can shut down my enthusiasm and shout of joy, abundant self-expression of awe and wonder. How it was the presence of these people who kept me from “shouting out like I had before.” I kept my wonder internal, which made me feel alone and bewildered, and also self-doubting.

WWRWW: In descent we become “the lone wolf or the outsider…we begin somehow to not feel a part of the life that carnivals around us.”

Humpback Whale: So this is the key image of this dream, the Key symbol. And what a symbol! I looked up whale in my Animal Medicine book. For me personally, whales do make me think of my own youth – and the 1970s. My whale mug, my whale necklace, artifacts of my dad and my mom.

Humpback Whale Song: They are famous for their songs. Researchers have noted that at any given moment all males in a group will sing the same version of a song, even when separated over large distances, while whales in another region or hemisphere will sing a completely different song, but in unison with other whales in their area. …They can be heard many miles away and may go on for hours or even days.

It was thought that female humpbacks did not sing, but now they are noting they do, only in deeper lower frequencies.

Feeling of Being Alone / Only one to See: I’ve had this sensation in dreams before – an awe-inspiring experience that no one else seems to notice or care about; an active or passive indifference, which leaves me feeling frustrated, confused, and isolated in my own experience. This site says that the humpback whale “… is reminding you that you must sing your own song through life. Thus, as you choose your way, separate from the choices of others, you will find your fulfillment and purpose. Yours is a path of individuality and the ability to do things in your unique way.”

The message: You have the ability to hear and understand the ancient language, and know the story of the Motherland. If you can hear it, you can help bring it forth. Sing your song. Others won’t recognize it. But it is no less real.

I feel excited and overwhelmed and curious and just at the beginning. I resonate completely with the knowledge that is is a resonance, a song that carries the wisdom of our ancient heritage – that will align us all into an energetic convergence wherein we as individuals link together in unison to make us all whole and one. One thing in Wizard of Earthsea that has been striking to me as Truth is that there are the “true names” of all beings and in listening and reverence one can come to know them – of creatures and ultimately of oneself – your true self. Which also resonates with Plotkin’s talking about how one can be given one’s ‘true name’ by the All when in quest of it.

I think the humpback whales are singing the song of the Motherland – they are singing the story of our creation – the ancestry not only of all living beings but of the waters and of the earth. Not just my ancestry but that of us all.